Rachnivere pushed through the reeds to the bank and gripped the trailing roots, hauling himself up towards the road. One of the carthorses he had seen from his boat looked up at him, briefly alarmed. Drawing his rapier, he walked cautiously toward the wrecked cart. The dead from the fight lay in disarray at the sides of the road. Their Tie Ondu livery was dark with mud. Within the cart the chest remained tied. The sacks had slid out onto the ground, but had not been opened.

There was a sound from the cityward path and Rachnivere turned to see one of the caravan guard. He stood, eyes wide, without his sword. His hands hung by his sides.

“You may call me friend,” Rachnivere called, “pray tell what happened here?”

“The Weapon. It was the Weapon.”

Suddenly afraid, Rachnivere glanced about in every direction. The shadows in the grass seemed to move. The dead breathed slowly out. Still he saw no enemy until he turned back to the guard. The man’s arms were spread wide and from behind him the severed head of another of the guards rose in the air, flickering with a grey tongues like eels.

“What is one more death?” the guard asked, crying. 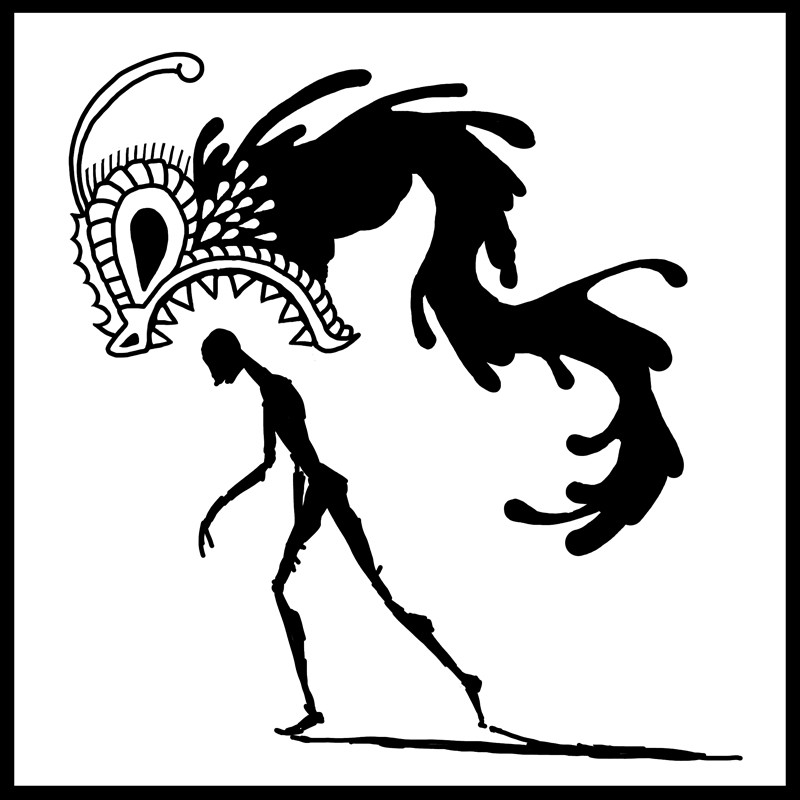 Sianlocke was a scholar, sorceror and revolutionary who sought to overthrow the Parliament of Prime and destroy the Walled Stone. He failed and was executed for his crimes, but as his last act he released a powerful secret into the world. This secret - known within Monde simply as “The Weapon” - was created by Sianlocke himself over many years. According to the scholars of Llaewar this might represent the single greatest feat of sorcery ever undertaken by a mortal. However, since no contemporary written records of Monde survive it is not clear that Sianlocke was as human as he was later portrayed. Certainly it seems likely he had some image blood.

Some accounts of the story of Monde suggest that The Encirclement was created to prevent Sianlocke’s Weapon from escaping into the wider world. It seems unlikely that this is wholly true, since it is accepted that Monde’s true purpose was to imprison the images. Still, fears of The Weapon may well have been a more pressing concern for many who lived at that time.

The Weapon is intelligent in a sense, although it is not possible to converse with it. It can be called with certain phrases and, once called, can be set to various tasks. In order to manipulate the Weapon at all, the would-be wielder must first open their own mind to the Weapon. Although the Weapon does not directly harm its wielders, this is to some extent a self-sacrificing act. Use of the Weapon creates a kind of purposeful focus upon the task at hand which is difficult to set aside. So, for example, a general who uses the Weapon to win a war might thereafter struggle to live in peace. A thief who uses the Weapon to steal might never again be satisfied with any amount of wealth or possessions. Also, Weapon wielders tend over time towards amorality.

The primary means of employing the Weapon - and certainly the safest - is to channel it into an object. A blade imbued with the Weapon will be swifter, lighter, sharper, strike harder and the wounds from it will be slow to heal. A key which holds the Weapon may unlock doors it was never meant to fit, although in doing so it will leave a mark upon them. A cloak suffused with the Weapon might hide the wearer perfectly in the darkness, but they may come to dislike light. Defensive uses of the Weapon tend to leave a mark upon the attacker. Sometimes this is a physical mark, but sometimes it is more like a presence, with flickers of the Weapon haunting them.

Also possible is to unleash the energy of the Weapon directly. The Weapon is chaotic in nature and tends to disrupt structure. Its energies linger in the areas where they are used and similarly can infect people who come into contact with them. They may experience visions or strange moods or in extreme cases even become sick.

Finally and most terribly the Weapon may be used to create monsters. Called “Weapon zombies” by the Lords of Tointier, these mindless creatures are not formed from nothingness. Rather, they represent complete enslavement of a living being by the Weapon. These creatures are very hard to hurt and anything they touch is to some degree afflicted by the Weapon. When created intentionally the zombies are under the command of whoever made them, provided they remain nearby.
Collapse