This was the deepest level beneath the tower and still there was no sign of either the castellan or the relic. The sounds of pursuit echoes through the halls above. There was no escape from this level and it was most likely for that reason alone that they had not yet descended this far.

Despite her circumstances, the cartographer’s attention remained focussed on her goal. She relit her lantern and began to search the low rooms to each side of the corridor. They looked like cells, but had been repurposed as storerooms and were filled with all manner of junk as well as sacks, barrels and wooden boxes.

Emerging from one such room, the cartographer was startled by a man standing in the shadows. He was thin and smelled very bad, but did not seem to be armed. A moment later she saw a woman nearby in a similar state and then two more such people appeared at the end of the corridor. Warily she backed away. From the side rooms three more emerged and she ran.

At the far end of the floor was a broad arch beyond which was some kind of table. On it lay the body of the castellan, wearing his ermine robes of office. She held up the lantern and saw the relic, cradled in his dead hands. As the manuscript had told it was a skull set with gold and jewels. She did not have long to examine it. The strange, emaciated people were walking towards her through the arch. They did not seem to intend her harm, but they were so numerous that if they turned on her it might be too late to act in her defence.

If she drew her sword she would not then be able to pack the relic, so she swiftly uncoiled the sack from her belt and lifted the relic from the castellan’s hands. At once the gathering of people responded, standing aside and bowing their heads. The cartographer paused uncertainly. She could perhaps run past them now, but if she did there was still no way to pass those searching for her on the floor above.

No sooner had she turned her thoughts to this than the bowed people rose and walked before her with purpose toward the stairs. She looked once more at the relic with renewed curiosity. So then, it seemed whoever wrote the manuscript had not known all of its secrets. Perhaps she might yet escape with her prize? 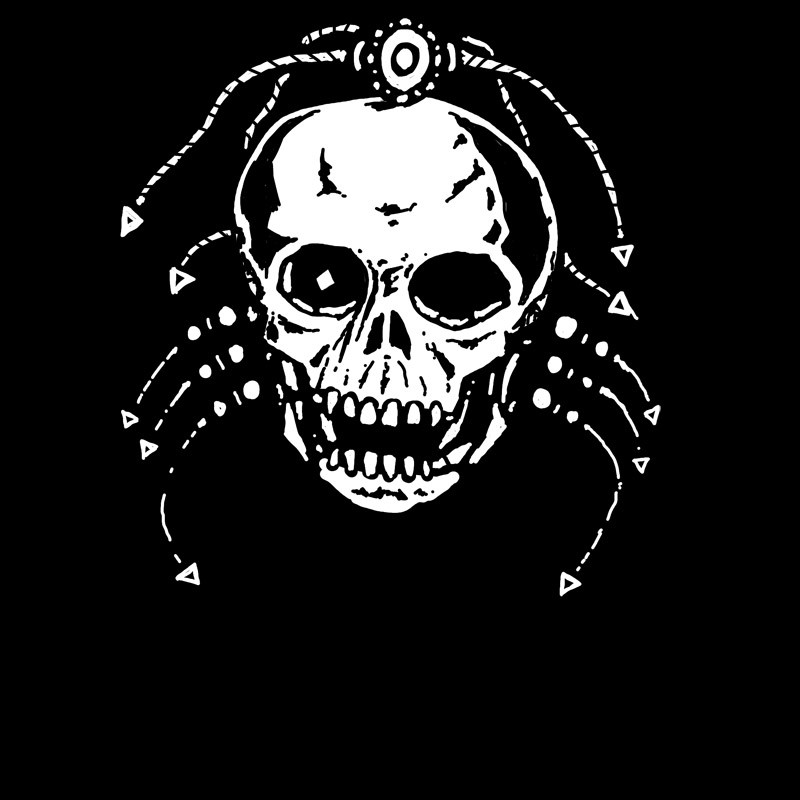 The first relic of Chirkulan is the skull of a sage sorceror of the mythic epoch. His own life is long forgotten, but the relic holds within it the memories of every owner since. This vast store of knowledge is immeasurably valuable since many of the previous bearers of the relic were persons of some importance, wielders of power and scholars of the secrets.

The relic has an unwelcome effect on those around it. Some essential part of their selves is gradually drained away. They lose the will to carry out even the most basic tasks except in the service of the relic bearer. Although this happens extremely slowly it is a difficult fate to escape since after even a month or two in proximity to the relic a person’s will is sufficiently diminished that identifying and acting on the problem becomes difficult.

The knowledge in the relic does not instantly become available to a new wielder when it is held. Individual memories will become known to them as they spend more time with it. A need for particular knowledge will often trigger its retrieval. Also, sleeping close to the relic can cause its memories to appear in dreams.

Relic slaves often live shortened lives since their self-care is poor and they have difficulty remembering to eat. However, if kept far away from the relic for an extended time a relic slave will begin to recover.

A bearer of the relic who understood its true nature might well do best to keep it in some remote location away from both themselves and others. Visiting this location to consult the relic would be a tedious limitation on its utility, but would serve to limit the harm it did to the bearer should they one day become separated from it.
Collapse