A fire was lit in the bowl and four gathered round to lift it. The flickering flames showed their robes were not grey after all, but white streaked with grime and dust. Across the bridge they carried the bowl with great care and set it down on the plinth. Those carrying baskets approached and cast offerings into the flames. This was not so different from Autumn rituals anywhere along the forest coast except that here the offerings were mud-caked pond weed in place of flowers, rat skulls in place of carvings, sour wine in place of sweet and worms in place of meats. A gloomy chanting began, some devotees choosing different words from others such that none could be clearly heard.

This day was special. A boy had been brought to please the heavens. He was carried on a palanquin by four of the stronger worshippers, though still they struggled. The boy was not afraid, for they had fished him dead from the river three days before. Flies circled him.

Such ceremony would please few gods, but from beyond the stained glass arch a great sound arose. It was a song and a cry of despair and a battle roar. It was their god. Or at least, it once had been. Here, nothing was quite the same anymore. 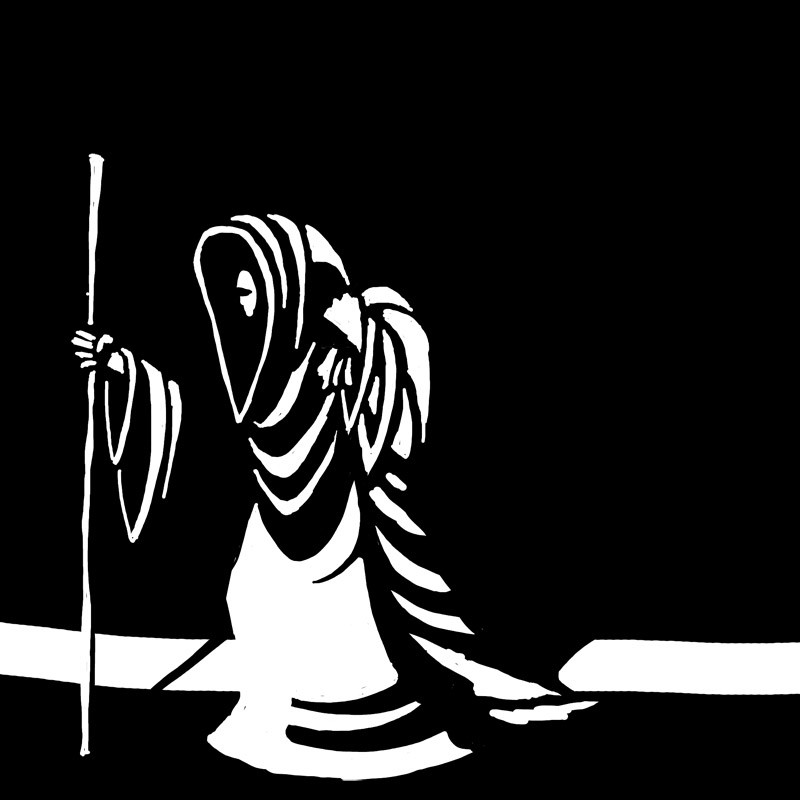 During the first century of the Age of Wars the world was a wild place, with isolated nations expanding slowly and many of the beasts of the mythic epoch still roaming the land. So it was that the Theocracy of Gazak was assaulted suddenly and mercilessly by some fearsome force its leaders knew nothing of and which it was powerless to resist.

In their final hour the Gazaketh priests attempted to summon their deity Nygazak to the mortal plane to aid them. Their offerings succeeded in persuading Nygazak, but he soon found himself outmatched by the same threat which faced the Gazaketh. He called upon every secret at his disposal. When this was not enough he struggled to escape, but the grasping limbs of the nameless adversary held fast. Finally in despair he drew upon the power of secrets he had sworn never to use.

The land of the Gazaketh fell into darkness for a dozen years. That which did not die became twisted into new forms which hissed with terrible energy. Nygazak himself barely survived. His mind was destroyed and he was warped into a huge and monstrous form. Many of the Gazaketh were killed, but those who were not became immortal after a fashion. They too took on twisted forms and their existence became an endless cycle of worship of their monstrous god.

When light and life began to return to that land, the Gazaketh retreated deep into their buildings and into caves beneath the ground.

Gazaketh have a complex hierarchy of servitude, but most of the dozens of Gazaketh ranks and roles are never seen outside their great lairs, which are only to be found within their corrupted land. Few would be foolish enough to venture there.

In the wider world the only Gazaketh ever encountered are the pilgrims. They travel only at night and generally mind their own business. However, their journeys often call upon them to seek relics to present to Nygazak and they will think nothing of theft or even murder in the pursuit of these goals.

If attacked, Gazaketh will flee, even if this means temporarily abandoning their goals. However, if forced to fight they are fearsome and dangerous. They are swift and their old, chipped weapons are sharper than they look. Worse, the corrupting secret which gives them their form imparts all sorts of unpleasant sorcerous powers to the pilgrims. They are reluctant to use such power, since doing so weakens them, but if the alternative is worse then they will do so.
Collapse