With the end of the great rain, the coracles were sent out onto the lake to gather fish for the feast. This was a coming of age ceremony for those newly granted their hunting spears and each year an informal competition arose between them to see who would capture the most fish. Memdal was determined to acquit himself well and had spoken to a few of the older hunters to ask for tips as well as meditating each morning to place himself in the correct frame of mind. He had no expectation of winning, though. If he did well he might come second to Imele and in doing so perhaps earn her respect.

As Memdal worked to set up the awnings he glanced repeatedly across at Imele. She stood very straight, staring out across the lake. Memdal’s thoughts were interrupted by a hand on his shoulder.

“You did well today,” said his father, “but do not get ideas into your head about Eir Imele Kolan. She is a fire carrier, born of an ancient family and she is not for you.”

“But father, I had heard it said that fire carriers may choose whom they wish to marry. Anyone in the whole town?”

“It is so. But why would she choose you? If you try to court her you will embarrass your family. You may one day be a very fine hunter Memdal, but even the best hunters must learn humility.”

He nodded to his father then and turned away in sadness. Soon, however, the counts were read out. Imele was victorious, but seemed to pay little attention. Memdal’s total was not so far from hers and he easily claimed second place. She walked over to him then and he lowered his eyes, remembering his father’s lesson.

“I think perhaps your father has told you not to approach me, am I right? Well then, I must approach you instead. I wished to congratulate you on your fine hunting. Had you been given the sharpest spear as I was I believe the highest total would have been yours.”

“Thankyou,” Memdal did not raise his gaze, “and I wish to congratulate you too. Your victory required no fine spear. And also I wish to thank you for your kindness in coming to speak with me. In every generation the fire carriers lead us with strength, but I believe you will also lead us with compassion and wisdom.”

Imele inclined her head then and left him. 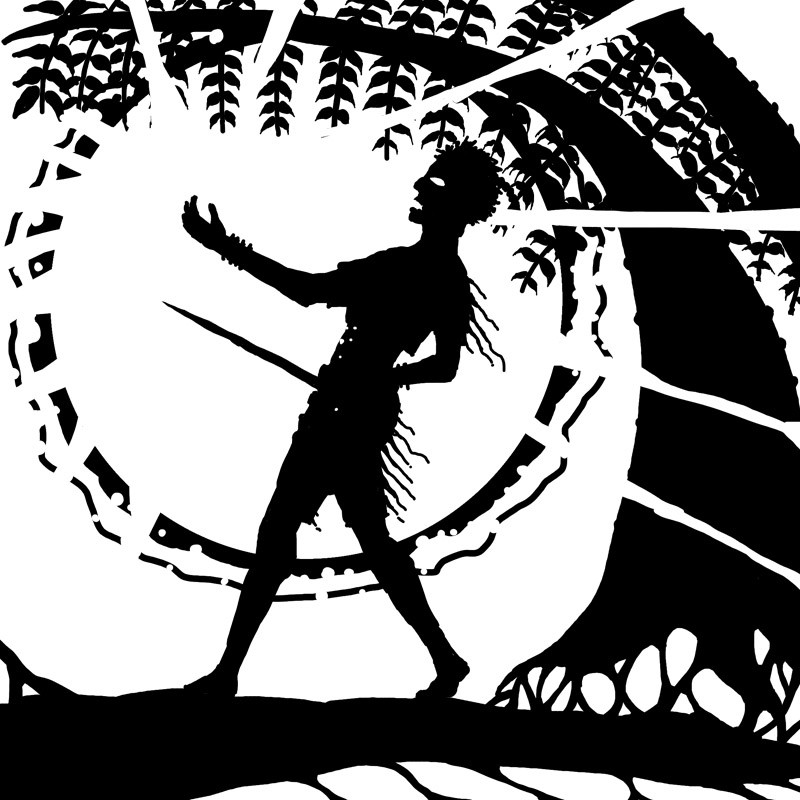 It is often recorded in the histories of humankind that the Seats of Urthauld were the first human communities to be established after the passing of the mythic epoch. This is true if one considers buildings and written records, but there were people living in the jungles of Porava more than a century earlier whose culture and knowledge were largely preserved until well into the age of exploration.

In those times a group of hunters encountered in the deep jungle an ancient being of fire. It was greatly weakened and fading from the world. Even in this state they could not have defeated it, but they did not seek to. They carried the being on a wooden frame to a place of safety near their camp. There, they build a shelter for it, since the rains would soon come. In the months the followed the being’s body died, but it remained with those who had cared for it, sleeping within them and within their children.

A time came when the people of Porava decided they would wander the jungles no longer. They made a village amongst the trees next to a small lake and on the side furthest from the lake they build a shrine to the ancient fire. The named the place Pelit Porava, which means “the heart of the land”.

The descendants of those who aided the ancient being are known as fire carriers and stand above the other citizens of Pelit Porava. For the most part they are genuinely respected and they in turn devote their lives to the loyal service of their people. There is also resentment and even occasional unrest caused by the inflexible and permanent nature of the fire carriers’ gift.

As a nation, Pelit Porava is in the unusual position of having no border with another nation. On three sides it is bordered by deep jungle through which no roads run and to the South the land is a desert in which the only landmarks are ruined buildings from the mythic epoch and occasional rocks.

Perhaps because of this isolation, the people of Pelit Porava are distrustful of foreigners and contemptuous of their cultures and achievements. Towards the end of the age of exploration tensions grew within the community between those who believed greater contact with the world beyond the jungles was urgently needed and those who held that reaching outwards would bring ruin and destruction. Civil war was only narrowly avoided.
Collapse