A great cheer went up from the caravan as it became clear that the rocks were no mirage and they would all have shelter from the heat before midday arrived. Water rations were passed out to everyone and then all spread out to find cool alcoves amongst the rocks in which to rest. The breeze which had been blowing dust into their eyes all morning was now welcome and the mood of the group turned from silent worry to cheerful conversation about what each would do when they arrived.

Hodnan, more tired than most from struggling with his mule’s poor behaviour, found a broad rock beneath an overhang and lay down in the shade. At once he fell asleep. Upon waking he felt enormously refreshed. Not only was he not tired, but he was neither hot nor thirsty. At first worried that he had overslept and missed his lunch, he looked to the sky and saw that less than an hour had passed. In fact some of his fellows had not yet removed their boots. Puzzled at his good fortune he turned back to gather his belongings and saw strange symbols carved into the rock he had slept on.

Filled with a sudden panic - for Hodnan was a superstitious man - he swept his possessions from the rock and at once knelt down. He prayed for forgiveness to the spirit of the rock for any transgression and thanked it profusely for its blessing. Then he ran from that place, but the feeling of wellbeing stayed with him and when the time came for the caravan to move on once more it was widely noted that he seemed full of energy and cheer. So fortified was Hodnan that for the rest of the journey even the mule did not seem so bad anymore. 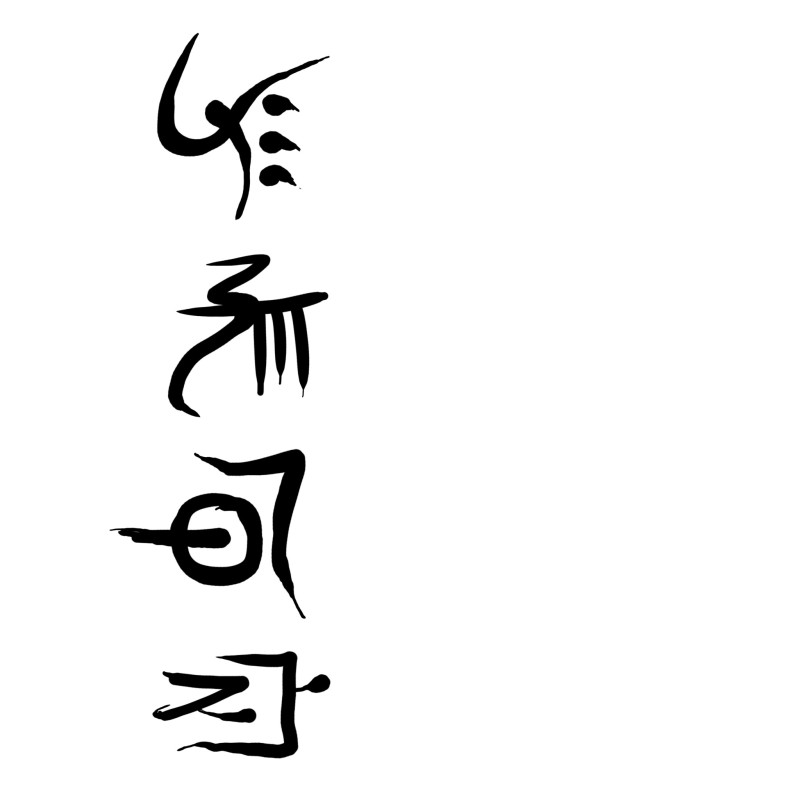 The sacred script of Ronunskei was the first secret ever mastered by mortals. It is an alphabet of over 2000 characters and, used properly, has the power to alter the properties of objects onto which it is written.

The people of Ronunskei used to script a great deal early in the age of wars to protect themselves, to hide themselves from the mythic powers that still roamed the world and to make their lives easier in countless small ways. Each travelling group would have a scribe who had a deep knowledge of the script and at any time this scribe would have at least one apprentice and sometimes as many as three. All would have other duties as well and so it often took a decade or more for such an apprentice to learn the secret well enough to leave and join another group in need of a scribe.

During the age of wars, word gradually spread amongst the Ronunskei in the heartlands that the script had hidden dangers. It was known that poorly formed characters might fail or even produce unintended effects, but gradually rumour spread that even when correctly used the script drew the attention of powers that were not always kindly disposed to mortals. It came to be considered prudent to use the script only for matters of importance. This change in turn led to a decreased demand for scribes and so their numbers dwindled.

By the time of the age of exploration, only a few dozen scribes existed and their knowledge of the script was a pitiful fraction of what was once known.

The general form of the script is still recognised by scholars in the lands south of Granmark and many of them can interpret a few of the more common inscriptions.

Copying an inscription from one surface to another is possible with commonplace tools - a quill and ink for paper or a chisel for stone, perhaps. However, it is rarely the case that an inscription appropriate to one object will serve for another. To learn the correct characters for a given task is another matter entirely and cannot be accomplished purely by studying existing script samples.

Tales are told of extraordinary inscriptions, such as a stone which allows the bearer to breathe underwater or a door which will open only to a specific person. However, inscriptions readily found have less dramatic properties such as maintaining a mild warmth or warding wild animals. By far the commonest surviving inscription is one made upon well stones to maintain the purity of the water.
Collapse