When all hope of escape is lost, the spears of Ulanquin recall old poems passed down from mother to daughter. In the dark they leap, catching a rope and then along it with a desperate grip and aching arms until at last the lowest rung is reached. Then up the ladder and through the midnight clouds until they find themselves upon a path of stones as black as night. It winds between the stars themselves as far below their pursuers are confounded.

Six score of hours pass before the road is done. This narrow way too perilous for sleep, a deep fatigue has long since claimed them all. There at the end they find a waterfall of tumbling scree and below a mountainous land with no warm hearth of hospitality nor bed of leaves to lay their heads.

Yet when they wake the weary travellers live and rejoice in their good fortune. And they resolve in years to come to tell old poems to their kin. 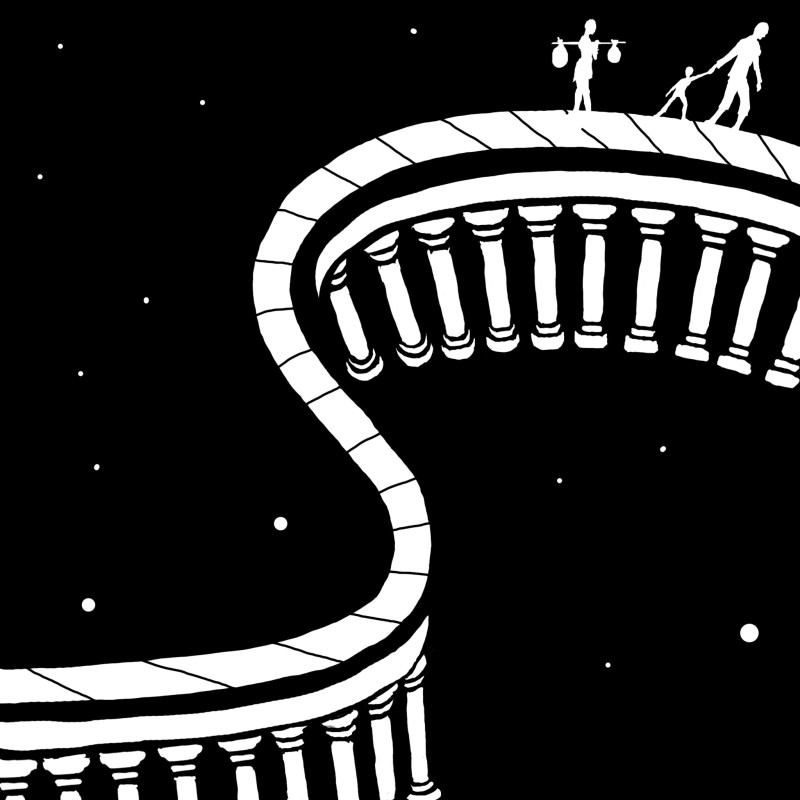 The celestial paths are all that remains of a system of roads built by ancient demigods during the mythic epoch. They are invisible to the eyes of mortals unless trained in the secret way of finding them. Despite this, a surprising number of them are reachable at some point along their length from places in the mortal world.

Once a celestial path is perceived it is usually possible to gain access to it, although doing so may represent something of a feat of agility since those who made these paths were nimbler and lighter of foot than any human. Some of the paths are short, others extremely long. Any traveller wandering upon them without any guidance risks becoming hopelessly lost or even trapped.

The other endpoints of celestial paths are not necessarily in places which would normally be accessible to mortals. Aeros, the fault realms or even hidden spaces accessible by no other means are all possible destinations. The only thing celestial paths never do is to span multiple levels of the Stairway.

Whilst it is extremely unlikely to encounter anyone else whilst travelling a celestial path, it can happen. In particular, those strong with Image blood sometimes know of the paths and walk them from time to time.
Collapse