A procession wound its way along the muddy lane. At the front ran two scouts with bows and clarions. Behind them marched six guards, bearing heavy spears and with armour of thick, tanned leather. Behind the guards another six people carried an ornate box of extraordinary beauty. It had the look of a coffin about it, except that surely only a king could afford such fine workmanship and rich materials. Behind the box walked six more people. One of them was a short, hunched man dressed in fine robes embroidered with the same designs as the box. It was his shuffling walk which set the pace and all those with him adjusted their steps to match him.

The children of the village darted amongst the grass and peered out to catch glimpses of this extraordinary sight. Then they swiftly retreated at the humourless glares of the guards.

Arriving at a clearing amongst the trees, the bearers lowered the box on ropes into a deep hole. If this was a grave it was three times the depth of any ever dug before. Sand was poured in upon the box and then oil from huge jugs stored nearby and last of all the great mounds of earth were shovelled in and trampled down. Flagstones were placed on top and then sticks and then these too were buried.

Before they departed, a woman with the group drew forth a bag of bird skulls and began to tie them to the nearby bushes and embed them on sticks in the ground. They warned that this area was a sacred space, never to be disturbed. This done, the group gathered and departed. Only the hunched man turned to look back and even he heaved a great sigh, filled as he was with more worries than hopes. 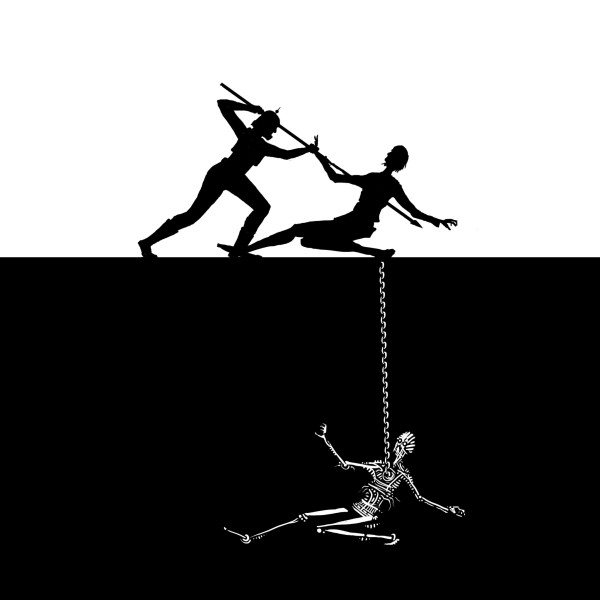 According to the alchemists of the Lossanbrant there is only one human in history ever to achieve immortality: the once master of the Wraithweb palace Oyishu Han Taig. He was an enormously accomplished wielder of many secrets, which was doubtless what made this feat possible for him, but although he studied moon sorcery he did not himself have image blood.

Perhaps surprisingly, Han Taig kept extensive records of the processes he used. That no other has ever followed in his footsteps is due largely to the fact that his notes remained within the Wraithweb palace following his departure. This was no accident. Oyishu Han Taig had little faith in his fellow mortals to wield the secrets wisely, but felt that any who could find their way to the palace and locate his writings should be permitted to read them.

The process itself is no simple matter and risky to execute even when the proper method is understood. The would-be immortal must construct by alchemical means a lifeless but otherwise faithful copy of their own body. A link is then constructed by means of moon sorcery between the true body and the copy. A route must then be found to a lower level of the Stairway and the copy preserved there in a special casket lined with certain materials and marked in certain ways. No secrets can work in that place, but upon returning, the link with the preserved body is found to be unbroken. When the true body dies the spirit of the deceased drains away down the link, but still it persists and given sufficient time will restore the true body and return to it.

If the true body is destroyed the dead person can still be brought back, but will require assistance from another who knows the ways of the secret. If the preserved body is destroyed, the link is forever broken and the rituals must be begun anew. Should this happen after the true body has died, the person is truly gone and can never return.

The craft of Han Taig can be used for other purposes besides extending life. Links can be formed to a variety of other charms and caches hidden in locations remote from the secret wielder. These can confer strengths, powers and protections of various kinds such as reduced need for food, resistance to heat or cold, the ability to resist certain secrets or diminished need for sleep.

In theory the craft could also be used to harm. The link required would be difficult to form, but once formed could be used to impose sickness, fatigue or curses of various kinds.
Collapse