Around the base of the inner gate the pool of water had expanded across the courtyard. The timbers of the gate were soaked and there was clearly no question of their being set ablaze. The veterans amongst them even began to make jokes about it, asking the captain if she’d ever burned down a keep by smoking her pipe too close to the gates.

The mood calmed suddenly as the watch tower called down that the enemy were in sight. So the border towers had not stopped them, then.

Spears and bows were brought to the walls and the waiting began. A group of three riders approached from the enemy, two carrying greatshields with which they protected the third. It was he who called out, in a voice made faint by distance, “Open the gates and bring the prisoner to us and none shall be harmed!”

“Your prisoner is not here,” the captain called back, “you have no business in this fort.”

The rider then drew forth a pouch and took something from it. Even at so great a distance, three small points of light could be seen. The order to fire was given and a couple of arrows even flew true, but the greatshields caught them and the rider seemed untroubled.

The points of light grew to a sphere and from it came a ray of brilliant white that touched the centre of the gate. A faint steam began to rise from the point of impact and then suddenly the beam grew in brightness a hundredfold. Those who looked away or closed their eyes saw only a flash. Those who did not clutched at their eyes in pain and could see nothing but after-images of that terrible beam. The gate disappeared in an instant, burning fragments of timber blasted into the sky, still glowing so brightly that the ships moored at the dock two miles away could see them scattering on the wind.

Terrified sounds filled the courtyard and the captain could see that a horse had been cut down by the beam and its blood was spreading through the pool of water. Then, as she turned, she saw the entire South tower - built from dressed stone blocks - had been destroyed and lay in smoking fragments on the ground. “Flee for your lives!” she cried, then turned and ran from the enemy, scrambling across the hot rubble and running South. 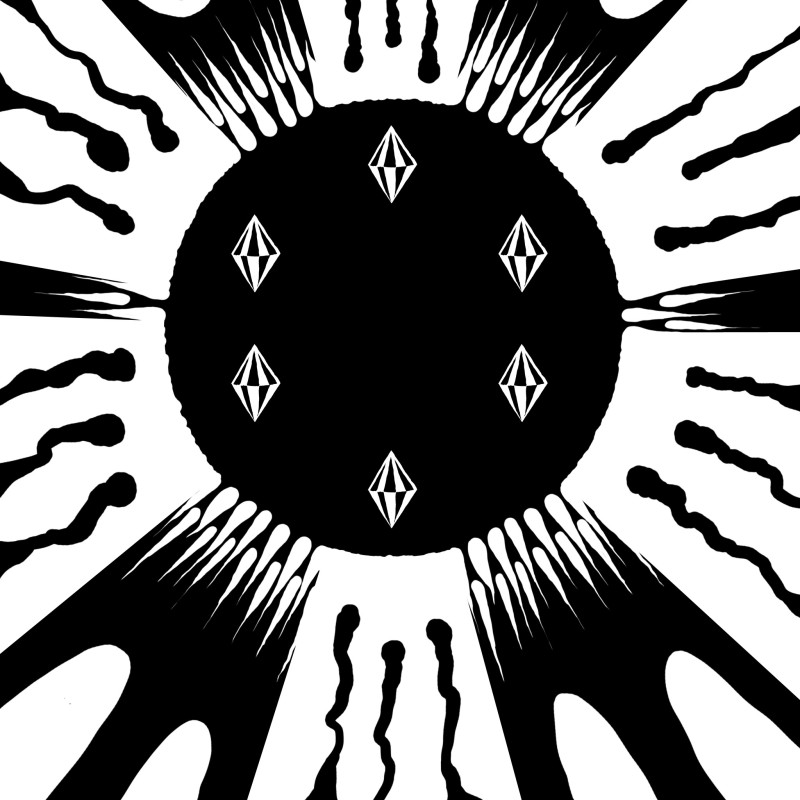 Discovered by the White Sun tribe during the mythic epoch, the crystals were the most terrible of the weapons wielded by mortals during the age of wars. They were discovered after literally falling from the sky and according to the stories were assumed to be fallen stars, but their true origins are not known.

The crystals are translucent and glow with a faint inner light. When held against the skin, such as in the palm of one’s hand, a crystal will begin to glow more brightly. With practice this effect can be controlled purely by imagining the light becoming brighter. If fully controlled, which takes considerable practice, a single crystal can produce enough light and heat to burn a tree to a charcoal trunk. However, the true power of the crystals is unlocked only when they are combined. Each crystal beyond the first doubles the strength of of power they channel. If all six were ever wielded to their full potential together it would be possible to reduce a small town to ash within minutes.

The crystals were separated and scattered during the mythic epoch, but tales of them survived and during the age of wars various factions made efforts to obtain them. Eventually all six were obtained by the necromancer Garath, but he took them from the mortal plane to the Wraithweb palace and never wielded all six together.
Collapse