A seventh course was brought in by the servants and deposited carefully in front of where the diners ought to have been sitting. By this time many of them were on the floor. Some were in various states of undress and engaged both in throwing food at one another and occasional halfhearted flirting. The robed man who had earlier seemed to be priest had gorged himself excessively and then vomited across part of the table and his bench. No servant approached to clean this up. A young man who was possibly paid entertainment was sitting on the lap of the seneschal and playing a mandolin very badly.

Slowly Semorne rose from his seat. He nodded and bowed politely to anyone who caught his eye, but gradually he made his way out of the room. Politeness was one thing, but surely he had stayed long enough. Trade matters could be concluded in the morning. After all, none of these people were any longer competent to sign any documents.

As he left the room, he felt a powerful sense that something was wrong. One of the noble ladies was wailing as though in pain. There was a rat standing on the prone body of the captain of the guard and he didn’t seem to care. Several of the guests had wide eyes, rimmed with red. Another was trembling uncontrollably. Then Semorne saw a thin, black vapour issuing from the mouth of a young courtier as she slept. Losing the last of his composure he dashed from the room and when he reached his chamber he slid the chest in front of the door and climbed into bed fully clothed. 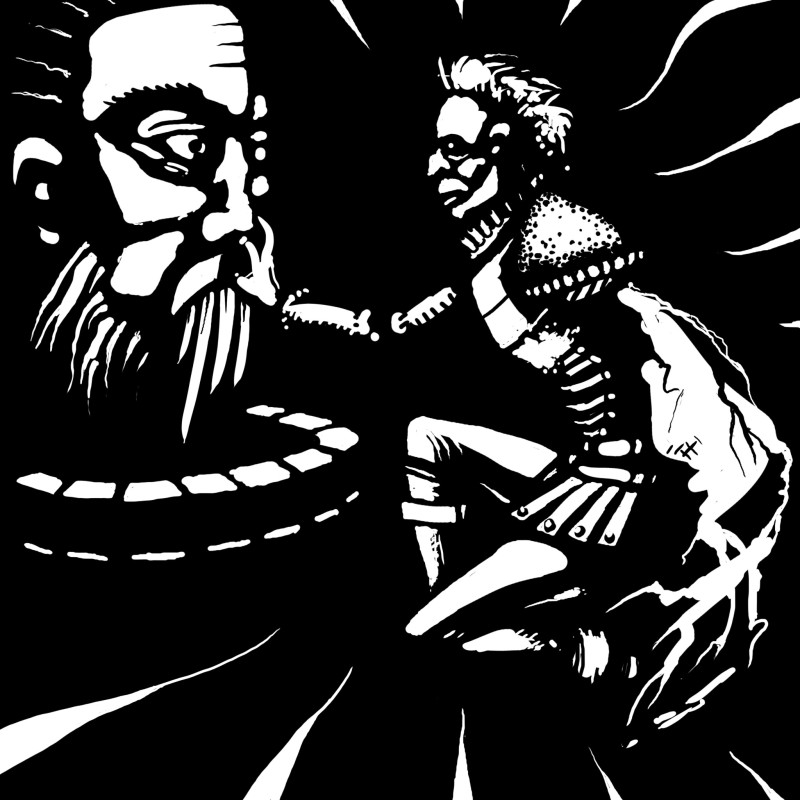 Of all the nobles houses of the Gymondan Empire the Duke of Guenkhan and his vassals were the most feared and hated. The Duke knew the secrets of many demons and was adept at making pacts with them to defend his lands, foil his enemies and amass vast personal wealth and military power. However, for all his skill the Duke was unwary and gradually the demon Lord Tzan Byzian extended control over his manor and much of the land around.

The so-called curse of Guenkhan was a sickness which pervaded everything there. The place was dark, cold and damp. The wealthy warded off the chill with strong liquor and the distractions of hedonism. The poor lived short, unhappy lives and died from the shadowy sickness. None traced their problems to Tzan Byzian, their minds too clouded with sickness to pursue the mystery of the curse.

For all the dangers of the curse, the allure of its power remained considerable. Strength, wealth, euphoria, the power to breathe underwater or levitate in the night air, sexual prowess or the power of irresistable command were all at hand for those ready to bargain. Guenkhan remained unconquered throughout all of the infighting in the empire until the fall of the empire itself towards the end of the age of wars.

Travellers to Guenkhan were generally unaffected by the curse due to having no direct involvement with the demonic powers. This meant that trade generally proceeded normally in the region, although traders were frequently mistreated and occasionally even murdered. The rest of the empire turned a blind eye to Guenkhan for the most part, with a few failed attempts to unseat the Duke acting as an adequate deterrent to the ambitions of neighbouring powers.
Collapse