“There came six men whose swords were made from stone,
And on the bloodsoaked shore they made their stand,
To slay an ancient god was their desire,
Their victory was the founding of this land.”

- from The Song of the Six Castles. 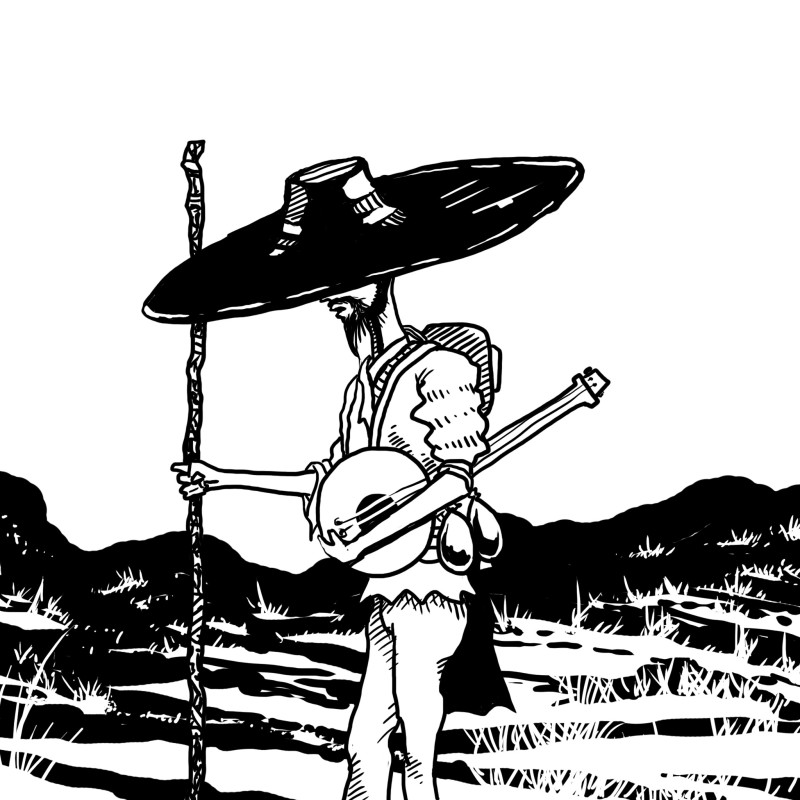 The dividing line between the Mythic Epoch and the Epoch of Kings is marked by the beginning of written records. However, it is by no means the case that complete histories are immediately known from EK 1 onwards. Rather, it becomes possible to piece together facts from scraps of text and clues provided by buildings, roads and landmarks.

Hastoro the Bard is one of the main reasons why the earlier years of the Age of Wars are known to historians. Although none of his writings survive, his songs and poems became popular enough that many survived as traditional favourites amongst the people of the Long Ocean. Time changed wordings and even entire verses, but comparing different versions allowed the original versions to be reconstructed more than a century after Hastoro’s death.

Hastoro lived his life on the roads and rivers of more than a dozen nations, but his birthplace was probably somewhere in what later became the Gymondan Empire. His lack of title and the fact that his preferred weapon was a wooden staff suggest that he was not noble born. If not then his success in mastering the many languages of the Long Ocean at that time as well as managing some extremely difficult journeys is all the more impressive. It is likely he paid his way by accepting money and gifts in exchange for both performances and the passing on of news from distant places.

Because no definitive list exists of which works Hastoro authored, there are a few for which the attribution is disputed. In particular, whilst the vast majority of his works have been proven accurate in every verifiable detail, there are a few which seem to contradict known history. Some scholars maintain these are intentional works of fiction by Hastoro. Others claim they are not, in fact, his at all. There are even a few who claim that not only was Hastoro the author, but they are indeed correct despite the evidence to the contrary. Whichever is the case, there is no clear partition between these and his other works and by the end of the Age of Exploration entire academic conferences were devoted to debating the details of such questions.
Collapse