Gelaner examined the chain at some length, running his hands along it and examining both the cage and the lock. He turned back to the captain and shook his head sadly.

“Irrespective of your orders, we cannot open this. Certainly not today.”

The soldiers proceeded nonetheless to hack at the chain, batter the lock, attempt to lever the cage bars apart and in a dozen other ways to gain entry. This was perhaps not out of disrespect for the adept’s counsel so much as out of desperation. The prisoner clearly found their efforts to free him distressing, but said nothing for fear that they might simply abandon him to die in the cage.

As the sun began to set outside, the captain stood before Gelaner, her arms folded. If they were not to free him, she asked, then what instead might they do.

“I have been contemplating the matter. There is one possibility. Although the chain seems enchanted, a Gozmorran blade might yet sever it. I spoke once to one of the elder Gozmorran. If the petition is made in the right way, perhaps they might lend us a blade…” 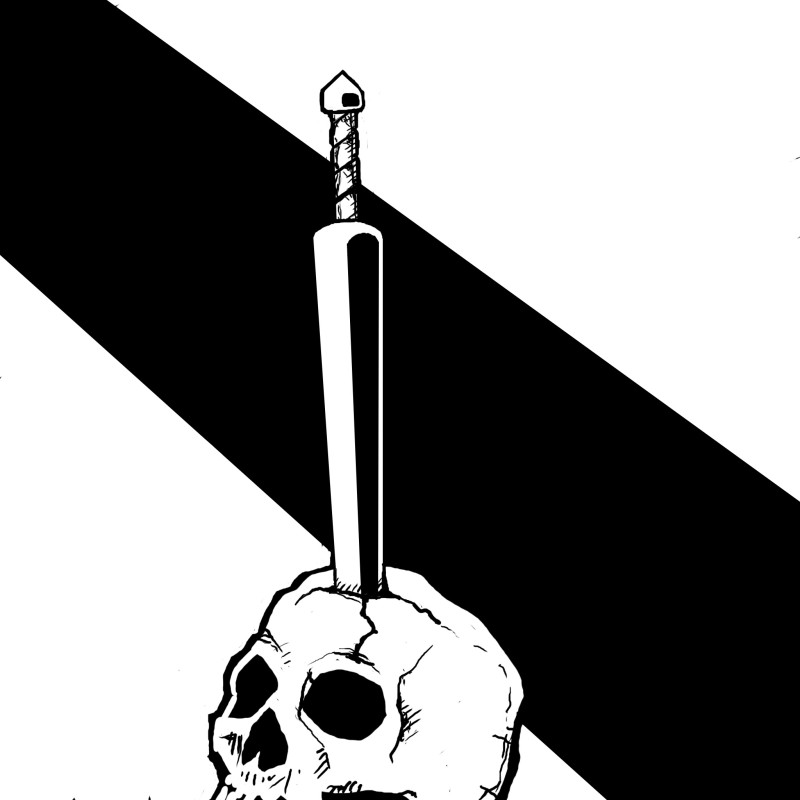 The Gozmorran blades, whose name in the Gozmorran language means “weapons of final end”, are exceptionally sharp stone knives said to be able to pierce any armour. Whilst it has been recorded in some texts that the Gozmorran crafted the blades during the mythic epoch, they themselves deny this and claim they were found in caves many hours below the ground.

More remarkable than even the sharpness of these weapons is their capacity to wound and perhaps kill beings impervious to most mortal weaponry. There are tales of them wounding gods and they are widely feared by those with Image blood, to whom they can do strange and terrible harm.

The blades are never wielded lightly, not only because of their fearsome power, but also because causing harm with one is also said to change the wielder. Past wielders of the blades are said to have become more peaceful, often turning to spiritual or philosophical pursuits. Beyond even that, the Unseen Masters of Bylignion believed that the blades cut the very strands of fate. In doing so they freed the wielder from their own destiny, though perhaps only to be ensnared by the destinies of others.

All known Gozmorran blades are made entirely from the same pale, grey stone. Some have in the past had cord grips wound around their handles or been painted to disguise their nature, but such embellishment falls away over time.

In the Lossanbrant during the later years of the Age of Exploration it become fashionable amongst the nobility to buy rare artifacts brought to the nation by traders from distant lands. Fake Gozmorran blades turned up from time to time at auction since they were relatively easy to make and their new owners never intended to wield them anyway. Indeed, it is even possible given the pricing that all involved knew them to be counterfeit but were not unduly concerned.
Collapse