Taking a lantern from the wall, they ascended the tower steps to seek out the source of the noise. The upper chamber was cold and a thin mist hung in the air. As they had feared, there were the endless stone steps, leading upwards into blackness. The way stood open and no wards were in place and no guards stood watching.

The work was done to seal the way and a sweep of the mansion began. They found broken glass in lady Fionn’s room, more in the East hall and more in the cloakroom. All of the mirrors had been broken.

It was too dangerous to remain here now and preparations were made to leave the estate entirely until such a time as it could be scoured of its unwelcome visitors. A messenger was sent at once to the Count.

The following morning, a young woman delivering bread from the village found some of the bodies. When her cries for help brought nobody, she ran back to the village and woke everyone with her shouting. By the time help came from the river forts it was much too late to hunt down the visitors. The fall of Narthul had begun. 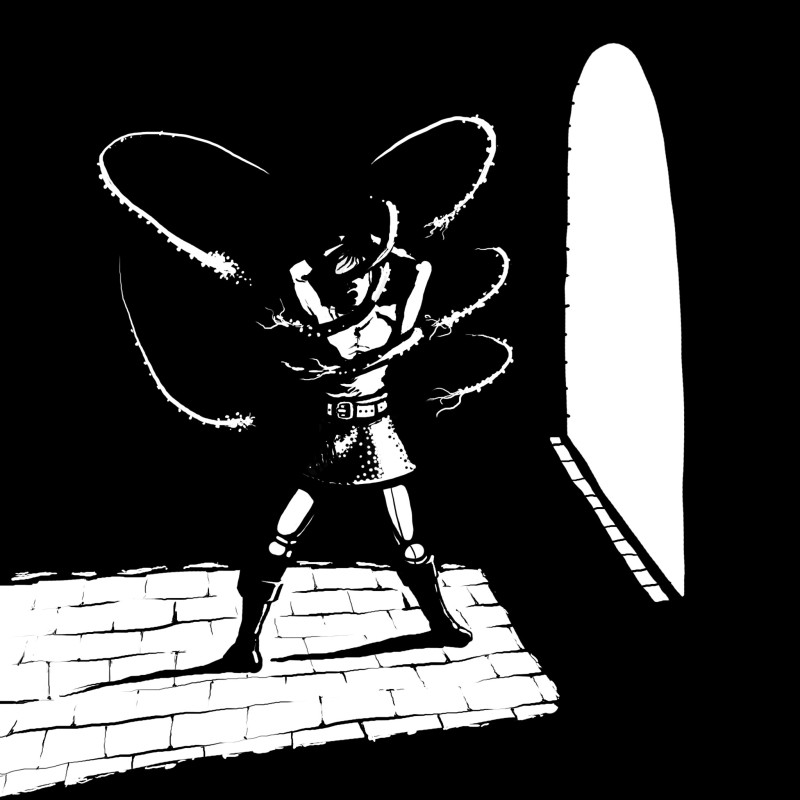 The County of Narthul is a beautiful place. Most of its towns are built close to one of the forks of the broad river which crosses it. Beyond their fields stretch many miles of densely wooded hills filled with birds and animals of every kind. At the height of its prosperity Narthul was known for its excellent craftsmanship of wood and clothing and for its music and instruments. Although the County had enemies, its armies were strong and its territories easily defensible.

The Count and Mayors of Narthul were for many generations assisted by the efforts of their summoners. The summoners understood the secret of the Stairway and called arcane beings from the higher levels into their service and traded for remarkable artifacts unknown to mortals. It was this exploration of the higher levels which was ultimately Narthul’s undoing.

During the age of exploration, summoners opened the way to the level of the Stairway where the Half Lords slept. They awoke, swiftly overpowered the summoners - to whom they were invisible - and entered Narthul, where they slowly began to amass an army that would later occupy a string of nations. The Half Lords themselves came close to forming the largest empire in history, but underestimated the difficulty of achieving absolute control.

It was nonetheless the legacy of the invasion which eventually ended Narthul’s period of self-rule. Half Knights created during the wars still lived in the woods and even hidden in some towns. They withdrew to the borderlands which once belonged to the Aeltrusian principality and armed them with mirror magics and maps. The raiders struck increasingly effectively into Narthul, whilst the Half Knights hunted the summoners and, where possible, opened their gates to the higher levels of the stairway.

Eventually the woods of Narthul swarmed with raiders and demons, trade all but stopped between the towns and the county gradually collapsed. Those who were able to leave did so, including the Count.
Collapse